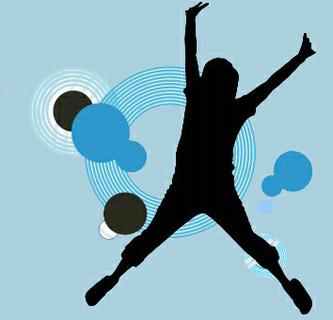 I am sometimes criticized for my having an excess of enthusiasm. I am not sure where it comes from but as long as I can remember I have talked each task with gusto to the point where others were concerned that we were moving too quickly. Often it came from the stimulus provided by a new challenge or a new opportunity but whatever it was I honestly it was the secret of my getting to live a life that went way beyond what I ever thought possible.

As I have gotten older I have not lost the sense of enthusiasm but sometimes find that I no longer have the energy that I once did so I find I am spending less time on the front lines and more time cheering others on. The good news is that my ability to often infect others with enthusiasm for something worthwhile has even increased. I am proud of the accomplishments of so many friends these days and feel fortunate that I have often been there at the starting line.

Sometime ago author Catherine Pulsifer shared her thoughts on enthusiasm that I like, here is what she wrote:

Having enthusiasm in performing any task gives you an abundance of energy. Harry Truman demonstrated his wisdom when he said, "I studied the lives of great men and famous women, and I found that the men and women who got to the top were those who did the jobs they had in hand, with everything they had of energy and enthusiasm."

Showing enthusiasm also motivates others around you. People naturally want to be around people who are upbeat and have energy.

An enthusiastic person believes in what they are doing. They are excited and look forward to the day to achieve the task at hand. They have self-confidence in themselves and will find solutions to any challenges that come along. Walter Chrysler once said, "The real secret of success is enthusiasm. Yes, more than enthusiasm, I would say excitement. I like to see men get excited. When they get excited they make a success of their lives.  The wisdom of his words still applies today.

We all have a choice, we can decide to be enthusiastic or we can just put in the day. If you are working at a job that you are not enthusiastic about, then find work that excites you. If you need to improve your skills to get that job, then take courses and learn all you can. You will find your life is much happier if you are doing something that excites you rather than bores you.

Having enthusiasm for what you are doing does not mean you won't face challenges or difficulties, but you will be able to overcome these difficulties as long as you keep your attitude positive.

The secret of genius is to carry the spirit of the child into old age, which mean never losing your enthusiasm.

On their 50th wedding anniversary and during the banquet celebrating it, Tom was asked to give his friends a brief account of the benefits of a marriage of such long duration.

"Tell us Tom, just what is it you have learned from all those wonderful years with your wife?"

Tom responds, "Well, I've learned that marriage is the best teacher of all. It teaches you loyalty, meekness, forbearance, self-restraint, forgiveness -- and a great many other qualities you wouldn't have needed if you'd stayed single."

Never raise your hand to your children - it leaves your mid-section unprotected.

Sitting by the window in her convent, Sister Anne opened a letter from home and found a $10 bill inside.

As she read the letter she caught sight of a shabbily dressed stranger leaning against a lamppost below.

Quickly she wrote, "Don't despair, Sister Anne" on a piece of paper, wrapped the $10 in it and dropped it out the window.

The stranger picked it up and, with a puzzled expression and a tip of his hat, went off down the street.

The next day Sister Anne was told that a man was at the door, insisting on seeing her. She went down and found the stranger waiting. Without a word, he handed her a roll of bills. "What's this?" she asked.

"That's the 60 bucks you have coming. Don't Despair paid five to one."

Oh, to be only half as wonderful as my child thought I was when he was small, and only half as stupid as my teenager now thinks I am.

A 4-year-old boy who was asked to return thanks before Christmas dinner.  The family members bowed their heads in expectation. He began his prayer, thanking God for all his friends, naming them one by one. Then he thanked God for Mommy, Daddy, brother, sister, Grandma, Grandpa, and all his aunts and uncles. Then he began to thank God for the food. He gave thanks for the turkey, the dressing, the fruit salad, the cranberry sauce, the pies, the cakes, even the Cool Whip.

Then he paused, and everyone waited--and waited.  After a long silence, the young fellow looked up at his mother and asked, "If I thank God for the broccoli, won't he know that I'm lying?"

Carson's Observation on Footwear:  If the shoe fits, buy the other one, too.

You know those shows where people call in and vote on different issues? Did you ever notice there's always like 18% that say "I don't know". It costs 90 cents to call up and vote...They're voting "I don't know."

"Honey, I feel very strongly about this. Give me the phone. (Into Phone) I DON'T KNOW!" (Hangs up looking proud.) "Sometimes you have to stand up for what you believe you're not sure about."

“Live your truth. Express your love. Share your enthusiasm. Take action towards your dreams. Walk your talk. Dance and sing to your music. Embrace your blessings. Make today worth remembering.”