What I learned yesterday

All beautiful and noble qualities have been united in me... I shall be the fruit which will leave eternal vitality behind even after its decay. How great must be your joy, therefore, to have given birth to me. 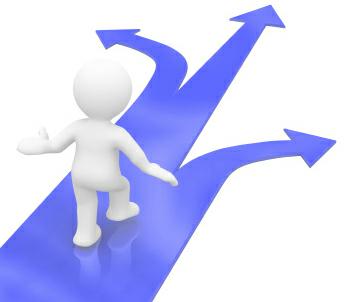 Yesterday while I was at the hospital getting an IV I had the good fortune of being treated by a nurse who had been with the hospital for more than thirty years. In our conversation I learned that she had been a Catholic Nun but had left the order so that she could serve people’s needs as a nurse which was not an option available to her if she remained in the convent. As we talked I discovered she had not lost any of her values and continued to stay close to her former order and frequently visited the still semi-cloistered Nuns.

What I really liked about her was her easy smile, her obvious goodness and how she has continued her commitment to service. I also learned that she, as I am, is concerned by how much unhappiness exists in so many these days often fueled by unrealistic expectations. I found a kindred soul as she shared her belief that there is much to be offered by a simpler life that does not require that we have every luxury and an existence free of challenges. She reiterated what I believe and that is that more often we are not victims of fate but rather suffer because of our choices. In my mind she did not mean the choice of whether we take one road or another but rather one of enjoying the road we are on.

This morning I stumbled across some thoughts offered by Gretchen Rubin that I believe represent what I think my nurse friend was trying to tell me. Here is what Gretchen had to say:

Did anyone tell you when you were growing up, you can be what you want? Hopefully, if you were fortunate, there was at least one person in your life who encouraged you to dream, to dare and to be? The words, you can be what you want, sound so positive, hopeful and affirming. They are also a statement of truth, for they illustrate a very important principle of being. This principle is outlined in a poem of affirmation I wrote called "You Can Be What You Want!". It reads,

If you would want love, be loving.

If you would want care, be caring.

If you would want joy, be joyful.

If you would want peace, be peaceful.

If you would want happiness, be happy.

If you would want kindness, be kindly.

If you would want forgiveness, be forgiving.

If you would want acceptance, be accepting.

A people that values its privileges above its principles soon loses both.

Gretchen grabbed a large thermos and hurried to a nearby coffee shop. She held up the thermos, and the barista quickly came over to take his order.

"Is this big enough to hold six cups of coffee?" Gretchen asked.

The coffee shop worker looked at the thermos, hesitated a few seconds, then finally replied, "Yeah. It looks like about six cups to me."

"Oh, good!" Gretchen sighed in relief, "Then give me two regular, two black, and two decaf."

Experience is the thing you have left when everything else is gone.

A man had finally got around to taking all his run down and broken umbrellas to the repair shop. Next morning on his way to his office, when he got up to leave the street car, he absentmindedly took hold of the umbrella belonging to the woman beside him, for he was in the habit of always carrying one.

The woman cried "Stop! Thief!", grabbed her umbrella back and embarrassed the poor man no end!

That same day, he stopped at the repair shop, and received all eight of his umbrellas duly repaired and restored.. As he entered the street car, with the unwrapped umbrellas tucked under his arm, he was horrified to behold, glaring at him, the lady of his morning's misadventure. Her voice came to him charged with a withering scorn:

Have you noticed that the cost of living hasn't affected its popularity?

An old lady had always wanted to travel abroad.

Now that she was getting on in years, she thought she better try to do so before she passed away.

But until now, she'd never even been out of the country. So she began by going in person to the Passport Office and asking how long it would take to have one issued.

"You must take the loyalty oath first," responded the passport clerk. "Raise your right hand, please."

The old gal did as she was asked, and raised her right hand.

"Do you swear to defend the Constitution of the United States against all its enemies, domestic or foreign?" was the first question.

The little old lady's face paled and her voice trembled as she asked in a small voice,

It's not an optical illusion.    It just looks like one.

Max Levy goes to his doctor complaining of aches and pains all over his body. After a thorough examination, the doctor gives him a clean bill of health.

"Max, you're in excellent shape for an 85 year old man. But I'm not a magician - I can't make you any younger", says the doctor.

"Who asked you to make me younger?" says Max. "Just make sure I get older!"

First say to yourself what you would be; and then do what you have to do.