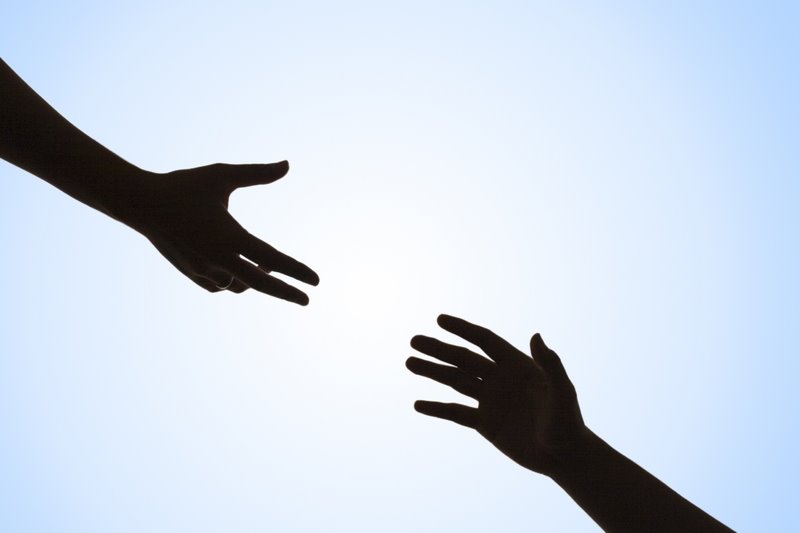 I have found the paradox that if I love until it hurts, then there is no hurt, but only more love.


I had lunch the other day with a college student who I hold in high regard. He has the strength of character to have chosen a well rounded education with a focus on his interest in the world’s culture and history in addition to taking courses that can sharpen his already well developed literary skills.

During our conversation I asked him what he had learned recently fully expecting to hear about some new idea or awareness that grew out of the classroom. Instead he told me that he had learned that he can’t always help someone in pain and that he must cope with the frustration and disappointment of failing to help. We talked about how many of us just withdraw permanently when we are rebuffed while trying to do something for someone we care about. He is sensitive enough to not be judgmental, patronizing or dictatorial in his efforts so what he is finding is that there are many who are not ready to be helped.

We talked about the great value there is in caring enough to try. I told him that I feel too many of us fail far too often to demonstrate that we care for others because of fear of failure even though asking if there is anything you might do to help lets people know that they are not alone.

I was impressed that this young man was able to unselfishly feel someone else’s pain and have the strong desire to do something about it. I have learned during these troubled times that we need each other more than ever and yet way too many of us are reluctant to reach out with our hands and hearts to those in need.

So to all of you who like my young friend care enough to help others please accept my gratitude for it is you and others like you that are needed to help build a better future for us all. I hope you enjoy the great reward that comes from not just caring but by also doing.

Some people come into our lives and quickly go.

Some people move our souls to dance.

They awaken us to new understanding with the passing whisper of their wisdom.

Some people make the sky more beautiful to gaze upon.

They stay in our lives for awhile, leave footprints on our hearts

And we are never, ever the same.

We can't help everyone, but everyone can help someone.

It is Ray’s colonoscopy day.

The following are copies of ACTUAL written statements submitted to the police on report forms. (Or at leat they claim to be ACTUAL statements. You be the judge.) The drivers were instructed to give a brief statement on the particulars of the accident in their own words.

Woman Driver(WD): Coming home, I drove into the wrong house and collided with a tree I don't know.

Man Driver (MD): I pulled away from the side of the road, glanced at my Mother-in-law and headed over the embankment.

WD: The gentleman behind me struck me on the backside. He then went to rest in the bush with just his rear end showing.

MD: In any attempt to kill a fly, I drove into a telephone pole.

MD: I had been driving my car for forty years when I fell asleep at the wheel and had an accident.

MD: An invisible car came out of nowhere, struck my vehicle and vanished.

WD: The pedestrian had no idea which direction to go, so I ran over him.

WD: I saw the slow moving, sad faced old gentleman as he bounced off the hood of my car.

MD: The guy was all over the road, I had to swerve a number of times before I hit him.

WD: To avoid hitting the bumper of the car in front, I struck the pedestrian.

WD: I was sure the old fellow would never make it to the other side of the roadway when I struck him.

MD: My girlfriend kissed me. I lost control and woke up in the hospital.

MD: When I saw I could not avoid a collision I stepped on the gas and crashed into the other car.

MD: As I approached the intersection, a stop sign suddenly appeared in a place where no stop sign had ever appeared before. I was unable to stop in time to avoid the accident.

MD: The indirect cause of this accident was a little guy in a small car with a big mouth.

WD: I collided with a stationary truck coming the other way.

MD: I told the police that I was not injured, but on removing my hat, I found that I had fractured my skull.

WD: I thought I could squeeze between two trucks when my car became squashed.

Some errors will always go unnoticed until the program is saved.

One Sunday afternoon, the Pastor's wife dropped into an easy chair saying, "Boy ! Am I ever tried.”

Her husband looked over at her & said, "I had to conduct two special services last night, three today, & give a total of five sermons. Why are you so tired?"

"Dearest," she replied, "I had to listen to all of them."

A doctor had been attending a rich old man, but it became apparent the old guy had not long to live. So he asked if his affairs were in order. The old gentleman replies, "Oh, yes. And do you know what I'm going to do with all my money? I'm going to leave it to the doctor who saves my life."

I am a nobody, nobody is perfect, therefore I am perfect.

A young boy had just gotten his driving permit. He asked his father, who was a minister if they could discuss the use of the car. His father took him to his study and said to him, "I'll make a deal with you. You bring your grades up, study your bible a little and get your hair cut and we'll talk about it."

After about a month the boy came back and again asked his father if they could discuss use of the car. They again went to the father's study where his father said, "Son, I've been real proud of you. You have brought your grades up, you've studied your bible diligently, but you didn't get your hair cut!"

To which his father replied...."Yes, and they WALKED every where they went!"

I want to have children, but my friends scare me. One of my friends told me she was in labour for 36 hours. I don't even want to do anything that feels good for 36 hours.

Sunday school teacher Ms. Brown had a class of five-year-olds.

She began the lesson by saying, "Today we are going to study about Peter. Can anybody tell me who Peter was?"

A little lad in the back of the group raised his hand.

Billy quickly came to the front and said with great pride in his voice, "I fink he was a wabbit."

Ask yourself: Have you been kind today?

Make kindness your daily modus operandi and change your world.