Optimism is the faith that leads to achievement. Nothing can be done without hope and confidence. 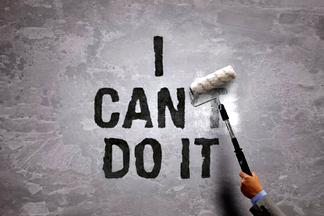 Our local elections are over and in January we will begin anew with a new mayor and city council. We are one of the largest cities in America when measured by the total population within our cities boundaries and it is a city that works. The thing that has made me happy lately has been how civil the campaign for Mayor and the City Council has been.

We have a city that has a history of success since unlike our national politics we avoid the extreme polarization that has become the norm in Washington. Hate and pessimism do nothing more than stop the people from coming together to build for a better tomorrow. Solutions are seldom found when we are so busy fighting amongst ourselves that we can’t even sustain what we already have.

The tough part is that it is we the people who have failed our country as we have filled the legislatures and administrations with people who prefer to battle than to build. Too many of us think there is nothing we can do or even worse think the solution is more power, more polarization. We have become what appears to be a pessimistic people, people who feel that there are no solutions and that things will stay like they are or worsen. I refuse to join that group, I still have hope, and I look for the day that our nation can become like my city, a place where we come together and solve problems instead of creating them.

Need a dose of optimism, try this:

Become More of an Optimist

Optimists enjoy many health and lifestyle benefits, and tend to be happier overall. Optimism is measured by your explanatory style, or how you define events. If you can learn to define positive events as being a) because of something you did, b) a sign of more good things to come and c) evidence that good things will happen in other areas of your life, you’re halfway there. If you can also think of negative events as a) not your fault, and b) isolated occurrences that have no bearing on future events or other areas of your life, you’re the rest of the way there!

When something positive happens in your life, stop to analyze your thought process for a moment. Are you giving yourself due credit for making it happen? Think of all the strengths you possess and ways you contributed, both directly and indirectly, to make this event occur. For example, if you aced a test, don’t just think of how great it is that you were prepared, but also think of how your intelligence and dedication played a role.

The key to optimism is to maximize your successes and minimize your failures.

It’s beneficial to look honestly at your shortcomings so you can work on them, but focusing on your strengths can never hurt.

Keep in mind that the more you practice challenging your thought patterns, the more automatic it'll become. Don't expect major changes in thinking right away, but do expect them to become ingrained over time.

Always remember that virtually any failure can be a learning experience, and an important step toward your next success!

The clerk examined the paper and told the dog, "There are only nine words here. You could send another 'woof' for the same price."

"But," the dog replied, "That would make no sense at all."

She said: All husbands are alike.  They have different faces so they can be told apart.

Shine a flashlight into one ear. If the beam shines out the other ear, do not go into the woods alone.

A potato baked in the coals for three hours makes an excellent hockey puck.

The guitar of the noisy teenager at the next campsite makes excellent kindling.

It's entirely possible to spend your whole vacation on a winding mountain road behind a large motor home.

Effective January 1, 2016, you will actually have to enlist in the Swiss Army to get a Swiss Army Knife.

In an emergency, a drawstring from a parka hood can be used to strangle a snoring tent-mate.

If your wife parks the car, don't sit there and insist she do it properly.Walking the rest of the way to the curb is good exercise.

Vacationing in Kentucky, a friend and I spent the night at a small motel outside of Louisville. In the morning, I asked the woman at the desk for directions to Churchill Downs. Not able to tell us, she called her husband from the back room.

"Churchill Downs?" he asked. "That's the race-track, isn't it?" We nodded. He hesitated and then said, "I'm pretty sure it's somewhere south of the university. I'm sorry, but I don't think I can be much help."

At that point his wife left the room. The husband looked over his shoulder to make sure she had disappeared. Then he winked at us, leaned over the counter and whispered, "Take Third Street through town, go past the university and turn right on Central Avenue. After that, just look for the twin spires. You can't miss 'em!"

Bumping into a woman on the sidewalk, the Tom Cruise look-alike apologized, "Pardon me!"

"That's quite all right," the woman replied.  "You look just like my fifth husband."

The essence of optimism is that it takes no account of the present, but it is a source of inspiration, of vitality and hope where others have resigned; it enables a man to hold his head high, to claim the future for himself and not to abandon it to his enemy.