They will come if we give them what they want

This City is what it is because our citizens are what they are. 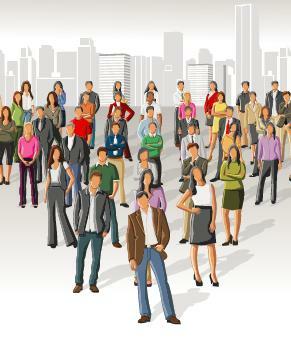 I shared with you the other day the importance I placed on getting our fellow citizens engaged in the effort to make our community a better place. The key word is “engaged,” which means to me someone who is actively and continually involved. Far too often we find folks who might help choosing not to do so while those trying to lead the charge complain that people don’t do what they should do.

In my experience what needs to be done is to look at what we are offering those who could help us. I run into frustrated leaders all the time that bemoan the fact that people signup for a good cause and then don’t show-up. Yet seldom do these same leaders stop and review what they do and how they do it. When people choose not to participate it is because we have not made it beneficial for them to do so. People have so many options these days that they can choose to do something else with their time.

Here are some thoughts on how we can make what we offer more attractive:

There is more but for me when I cannot rally people I have to look at myself and not them. How many times have you heard people say things like “I want to do something to give back to the community” and then walk away because we did not give them any way to do so. So clearly communicate, sincerely appreciate and by all means give those who care something to do.

Here are some tips on how to engage the public from the Case Foundation that I think are worthy:

To develop and adopt citizen-centered approaches, the service and civic engagement field should:

The health of a democratic society may be measured by the quality of functions performed by private citizens.

Flying home after visiting her daughter in England, she arranged to have her husband meet her plane at the Vancouver, B.C. airport. This meant a stop at the border crossing between the United States and Canada, where her husband was asked: "What is your reason for entering the country?" and "How long are you planning to stay?"

He replied that he was picking his wife up at the airport after her trip to England. Without missing a beat, the guard asked two more questions in the same businesslike tone: "Is the house clean?" and "Are there fresh flowers on the table?"

A four-year-old boy and his father went to the beach. There was a dead seagull lying on the sand. The boy asked his father, ''Dad, what happened to the birdie?'' His dad told him, ''Son, the bird died and went to heaven.''

Then the boy asked, ''Did God throw him back down?''

Remember the good old days when people killed time by working instead of by taking coffee breaks?

Ron just got a new sports car and was out for a drive when he cut off a truck driver. The trucker motioned for Ron to pull over. When he did, the driver got out of his truck and pulled a piece of chalk from his pocket. He drew a circle on the road and told Ron to stand in the circle and not move. He then went to Ron's new car and cut up the leather seats. When the truck driver turned around Ron had a slight grin on his face.

"Oh, you think that's funny?" the trucker asked, "Watch this." He got a baseball bat out of his truck and broke every window in the car. When he turned and looked Ron had a smile on his face. This drove the driver into a rage. He got his knife back out and sliced all the tires. Now Ron was laughing. The truck driver really started to lose it. He went back to his truck and got a can of gas, poured it on the sports car and set it on fire. He turned around and Ron was laughing so hard he almost fell down.

"What's so funny?" The truck driver asked him.

Ron replied, "When you weren't looking, I stepped outside the circle 4 times."

There are no new sins....the old ones just get more publicity.

After creating heaven and earth, God created Adam and Eve. And the first thing He said to them was, "Don't."

"Because I'm your Creator and I said so!" said God, wondering why he hadn't stopped after making the elephants.

A few minutes later, God saw the kids having an apple break and was angry. "Didn't I tell you not to eat that fruit?" God asked.

"She started it!" Adam said.

Having had it with the two of them, God's punishment was that Adam and Eve should have children of their own.

"Vision without action is a daydream. Action without vision is a nightmare."