There is good news

Give us, O give us, the man who sings at his work! Be his occupation what it may, he is equal to any of those who follow the same pursuit in silent sullenness. He will do more in the same time -- he will do it better, he will persevere longer. One is scarcely sensible of fatigue whilst he marches to music. 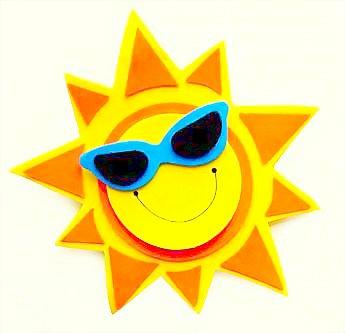 As we all know these are not the best of times. I don’t know if things will ever again be like they were during the go-go years. No matter what happens I have decided not to mourn what I no longer have nor yearn for what I don’t need. I have but to look around, read about the problems that so many others around the world face every day to realize that most people would give almost anything to take my place, even during my worst times. The quality of one’s life is truly one of perspective and a willingness to maintain a positive attitude.

That being said I just realized that I often don’t practice what I preach. Especially over the last few months I now understand that while I was optimistic about recovering from my various maladies I often responded to people’s questions about how I was doing with answers like “I am surviving,” or the like when in reality I was closer to thriving with solutions to my problems in the works.

I have a Kiwanis International past president friend that always answered inquiries about how he was doing with a hearty “never better,” no matter how bad he felt. What he was doing was always operating from a brightened platform as a result of his positive attitude. As I reflected on the last few months I realized I would have been better off with my friend’s answers rather than the ones I gave.

My reviewing the recent past was triggered by something Gretchen Rubin wrote some time ago that I just reread. Here is what she said:

Judging by our day-to-day conversations with friends, family and colleagues, no one is happy, no one is successful and no one is having a good time. "How are you?" we ask, when we greet one another. The replies arrive thick and fast: "Not bad", "Not so bad", and "Not too bad". Some people, more creative, say, "Could be better" − "Could be worse" − "Bearing up" − "Oh, so-so" − "Fair to middling" − "Hanging in there" − "Surviving" − "Can’t complain" −"Mustn’t grumble" − How about that!

I call this type of inane conversation "Not-so-badder-itis". It is like a "near-life experience", as opposed to a "near-death experience", in that there is no happiness, no sadness, no commitment, no nothing. In our fast and furious world, where no one appears to have the time to engage in mindful conversations, "Not so bad" has become a learned response, a type of social shorthand. It’s quick, its easy, and we have no idea what you are talking about!

The greatest discovery of my generation is that man can alter his life simply by altering his attitude of mind.

A terrific explosion occurs in a gunpowder factory, and once all the mess has been cleared up, an inquiry begins.

One of the few survivors is pulled up to make a statement. "Okay Simpson," says the investigator, "you were near the scene - what happened ?"

"Well, it's like this. Old Charley Higgins was in the mixing room, and I saw him take a cigarette out of his pocket and light up."

"He was smoking in the mixing room ?" the investigator said in stunned horror, "How long had he been with the company?"

"20 years in the company, then he goes and strikes a match in the mixing room, I'd have thought it would have been the last thing he'd have done."

Manners are a sensitive awareness of the feelings of others.

If you have that awareness, you have good manners, no matter what fork you use.

George Phillips of Meridian, Mississippi was going up to bed when his wife told him that he'd left the light on in the garden shed, which she could see from the bedroom window. George opened the back door to go turn off the light but saw that there were people in the shed stealing things. He phoned the police, who asked, does someone live in your shed?" and he said no. Then they said that all patrols were busy, and that he should simply lock his door and an officer would be along when available.

George said, "Okay," hung up, counted to 30, and phoned the police again. "Hello I just called you a few seconds ago because there were people in my shed. Well, you don't have to worry about them now, cause I've just shot them all." Then he hung up.

Within five minutes three police cars, an Armed Response unit, and an ambulance showed up at the Phillips residence. Of course, the police caught the burglars red-handed.

One of the Policemen said to George: "I thought you said that you'd shot them?"

George said, "I thought you said there was nobody available?"

Marriage changes passion...Suddenly you're in bed with a relative.

A story is told of a Jewish man who was riding on the subway reading an Arab newspaper. A friend of his, who happened to be riding in the same subway car, noticed this strange phenomenon.

Very upset, he approached the newspaper reader: "Moshe, have you lost your mind? Why are you reading an Arab newspaper?"

Moshe replied: "I used to read the Jewish newspaper, but what did I find? Jews being persecuted, Israel being attacked, Jews disappearing through assimilation and intermarriage, Jews living in poverty. So, I switched to the Arab newspaper.

"Now what do I find? Jews own all the banks, Jews control the media, Jews are all rich and powerful, Jews rule the world. The news is so much better!"

"Ignorance is the mother of admiration."

A Sunday school teacher said to her young class, "We have been learning for awhile now how powerful kings and queens were in Bible times. But, there is a much higher power. Can anybody tell me what it is?"

The room was silent until one child blurted out confidently. . ."Aces!"

Every time words are spoken, something is created. Be conscious of what you say and how you say it. Use words that build up, appreciate, encourage and inspire.