She gave all she could. 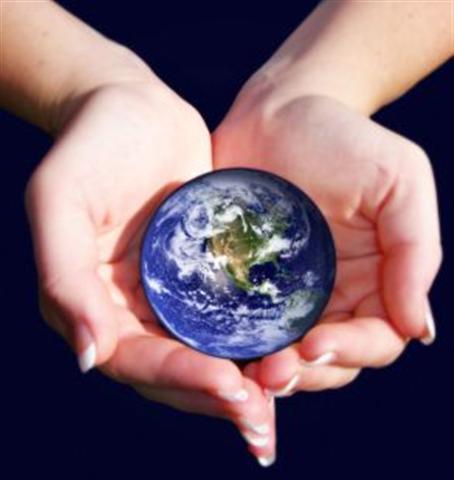 I have been thinking a lot lately about those folks in my country and other countries who live on the margins. Wheat prices double and my countries bread prices go up only a modest amount while those who subsist on grain they process themselves find costs that are twice as much as they were not that long ago. Every day we learn of friends and neighbors who are losing their homes and often also their livelihoods through no fault of their own. It was reported recently that nearly a billion people don’t have enough food to eat while millions try to survive on only one sparse meal a day.

Hard working middle class folks in even the most affluent countries have to forego even modest luxuries such as a meal in a restaurant because of rising energy and food costs. Today I met with leaders who reported that many seniors have reported lonesomeness and isolation as they feel abandoned by their families and they wonder if anyone cares. I fear we have become so addicted to creature comfort and self-gratification that we have lost or ability to live differently while savoring the non-material joys that are there for the asking.

Don’t get me wrong, most folks I know are good people with kind hearts but unfortunately many are trapped in a model that leaves little room for thought or alternative actions. A recent college graduate grandson of mine told me the other day that most students are no longer taught critical thinking. He reported that we are so consumed with finding canned answers available to us on the media, internet and mass thought that many are losing their ability to think and create.

I hope that the signs of the times do not turn my fears into reality and that we heed the warning signs for we will need all the help we can get to cope with the future. My hope is that when we do get help we value and praise it, not for the size of the action but rather for the act itself. Here is a story that I think is a great example of recognizing the quality of an action versus the magnitude of the action.

Mahatma Gandhi went from city to city, village to village collecting funds for the Charkha Sangh. During one of his tours he addressed a meeting in Orissa. After his speech a poor old woman got up. She was bent with age, her hair was grey and her clothes were in tatters. The volunteers tried to stop her, but she fought her way to the place where Gandhiji was sitting. "I must see him," she insisted and going up to Gandhiji touched his feet. Then from the folds of her sari she brought out a copper coin and placed it at his feet. Gandhiji picked up the copper coin and put it away carefully. The Charkha Sangh funds were under the charge of Jamnalal Bajaj. He asked Gandhiji for the coin but Gandhiji refused. "I keep cheques worth thousands of rupees for the Charkha Sangh," Jamnalal Bajaj said laughingly "yet you won't trust me with a copper coin." "This copper coin is worth much more than those thousands," Gandhiji said. "If a man has several lakhs and he gives away a thousand or two, it doesn't mean much. But this coin was perhaps all that the poor woman possessed. She gave me all she had. That was very generous of her. What a great sacrifice she made. That is why I value this copper coin more than a crore of rupees."

A teen-aged boy with spiked hair, nose ring and baggy clothes was overheard telling a friend, "I don't really like to dress like this, but it keeps my parents from dragging me everywhere with them."

If you're "not yourself today", enjoy it while ya can

My Parents had not been out together in quite some time.

One Saturday, as Mom was finishing the dinner dishes, my father stepped up behind her. "Would you like to go out, girl?" he asked.

Not even turning around, my mother quickly replied, "Oh, yes, I'd love to!"

They had a wonderful evening, and it wasn't until the end of the evening that Dad finally confessed that his question had actually been directed to the family dog, laying near Mom's feet on the kitchen floor.

Don't judge your wife too harshly for her weaknesses. If she didn't have them chances are she would have never married you.

A mother was worried that her three-year-old son was unusually precocious, and took him to a psychiatrist.

"Right," said the shrink, "We'll just try a few simple tests." To the boy, he said "Say a few words - anything that comes into your mind."

The boy turned to his mother and asked, "Does he want logically constructed sentences or just a few random and purely isolated words?"

Time is just nature's way to keep everything from happening at once.

A man is sitting in the coach section of a flight from New York to Chicago, biting his fingernails and sweating profusely. Noticing his disturbed expression, a flight attendant walks over and says, “Sir, can I get you something from the bar to calm you down?”

The man gives a nod of approval while shaking terribly. Seconds later she comes back with a drink. He downs it quickly and seems to calm down.

Ten minutes later, the flight attendant sees him shaking and biting his nails again. She brings him another drink which he downs immediately. A half hour later she returns to see him shaking uncontrollably, and almost in tears.

“My goodness,” the flight attendant says, “I’ve never seen someone so afraid to fly.”

“I’m not afraid of flying,” says the man.

“Then what’s the matter?

“I’m trying to give up drinking.”

If at first you do succeed, try not to look astonished.

As Marjorie left the grocery store, she noticed two little kids, maybe six or seven years old, selling candy bars in front of the store to raise money for their school band.

“I’ll buy a chocolate bar on one condition,” she said to the boys. “You eat it for me.”

True to her word, Marjorie bought one and handed the candy back to the boy.

Looking her directly in the eye, he responded gravely, “I’m not supposed to take candy from strangers.”

Appreciation can make a day, even change a life. Your willingness to put it into words is all that is necessary.