Ray's return has been delayed 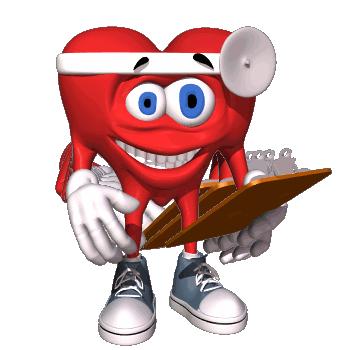 If I had my way I'd make health catching instead of disease.


NOTE: Ray’s return will be delayed. He returned from his assignment a little worse for wear. They have him going to the hospital early Wednesday for a Nuclear Stress Test to see what can be done to get his energy back. He will be fasting with no caffeine tomorrow (the problem is fasting seems to go really slow) which is the reason for the delay. If he can get his act together the Daily will be back on Thursday, if he can’t I’ll let him wait until next Monday. I’ll send out something today but I’ll wait for him to get back before sending more.

Before my world changed last week I had planned on flying to New York today in order to join in the celebration of the progress made towards the goals set by the UN World Summit for Children in 1990. We would have shared with leaders from all over the world how we were working together to build a better world. It is ironic that today we are trying to find out how we can hold the world together.

My friends who have knowledge and expertise about the situation in Afghanistan are worried about how we, and our allies will respond. They support the Presidents apparent restraint, as a well as the effort to find an effective counter-terrorism solution. I have nothing to offer other than my hope that we will not find ourselves in a Holy War between the Muslin and non-Muslim world.

In the meantime I suggest giving ourselves a break this weekend. If you are like I am, you have been bombarded by newscast after newscast that have reported again and again on the tragic events of last week. I am already in pain; it is now time to look towards solutions. I am going to watch my grandchildren play soccer, and express my thanks that they are ok so far. I am going to dine with friends, and express thanks that I can spend time with them. I am going to relax and enjoy a few hours of solitude. The result will reinforce my understanding of the great value of my everyday life. It is through a clear understanding of what we hold dear that we will understand that the sacrifices we face in the months and years ahead are of little import by comparison.

When we honestly ask ourselves which person in our lives means the most to us, we often find that it is those who, instead of giving much advice, solutions, or cures, have chosen rather to share our pain and touch our wounds with a gentle and tender hand. The friend who can be silent with us in a moment of despair or confusion, who can stay with us in an hour of grief and bereavement, who can tolerate not knowing, not curing, not healing and face with us the reality of our powerlessness, that is a friend who cares.

Henri Nouwen "Out of Solitude"

We should manage our fortunes as we do our health - enjoy it when good, be patient when it is bad, and never apply violent remedies except in an extreme necessity.

"Are you my caddie?" asked MacTavish.

"And are you any good at finding lost balls?"

"Right, then. Find one and let's get the game started."

"I have enough money to last me the rest of my life unless I buy something."

If you want long friendships, develop a short memory.

A six-year-old ran up and down the supermarket aisles shouting frantically, "Marian, Marian!"

Finally reunited with his mother, he was chided by her, "You shouldn't call me 'Marian.' I'm your mother, you know."

"I know," said the child, wise beyond his years, "but the store is full of mothers!"

"The mind is its own place, and in itself can make a heaven of Hell, a hell of Heaven."

NOTICE: You may wish to delay reading this until you have more free time.

1. I believe that if anything is worth doing, it would have been done already.

2. I shall never move quickly, except to avoid more work or find excuses.

3. I will never rush into a job without a lifetime of consideration.

4. I shall meet all of my deadlines directly in proportion to the amount of bodily injury I could expect to receive from missing them.

5. I firmly believe that tomorrow holds the possibility for new technologies, astounding discoveries, and a reprieve from my obligations.

6. I truly believe that all deadlines are unreasonable regardless of the amount of time given.

7. If at first I don't succeed, there is always next year.

8. I shall always decide not to decide, unless of course I decide to change my mind.

9. I shall always begin, start, initiate, take the first step, and/or write the first word, when I get around to it.

10. I will never put off tomorrow, what I can forget about forever.

"Great opportunities to help others seldom come, but small ones come daily."

Once upon a time there lived three men: a doctor, a chemist, and an engineer. All three had offended the king and were sentenced to die on the same day.

"Head up," said the doctor.

So the executioner raised the blade, and z-z-z-z-ing! Down came the blade -- and stopped barely an inch above the doctor's neck. Well, the law stated that if an execution didn't succeed the first time the prisoner had to be released, so the doctor was set free.

Then the chemist was led up to the guillotine.

"Head up or head down?" said the executioner.

So the executioner raised the blade, and z-z-z-z-ing! Down came the blade -- and stopped an inch above the chemist's neck. Well, the law stated that if the execution didn't succeed the first time the prisoner had to be released, so the chemist was set free.

Finally the engineer was led up to the guillotine.

So the executioner raised the blade, but before he could cut the rope, the engineer yelled out:

"WAIT! I see what the problem is!"

"How far you go in life depends on your being tender with the young, compassionate with the aged, sympathetic with the striving, and tolerant of the weak and strong. Because someday in your life you will have been all of these."