Make sure you change course if you have to

When you come to a roadblock, take a detour. 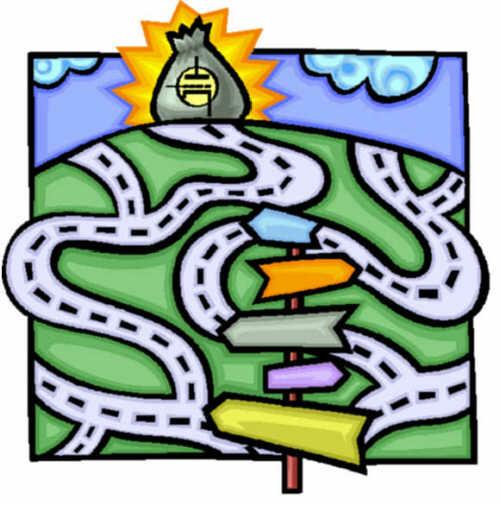 The other day I suggested that one of the secrets of a happy life was the ability to stay nimble and agile as our world changes. Once we realize that the most practical way to travel is not always in a straight line life becomes easier. It does not take long for most people to realize that things seldom turn out exactly as they thought they would or wished that they would and when they don’t the choice is to stop and deteriorate or change direction and move ahead.

Yesterday I was talking to a friend who was sympathetic to some of the challenges I have had to face over the years. I said that I never found much value in agonizing over things I could not change, my time was better spent adapting to reality and moving on. In truth I honestly believe that it is the obstacles that life throws in front of us that make us stronger. Happiness does not have to only come from resting always in the sun, it can come from our successfully dealing with the impediments that require us to change course. It is just like in real life, detours may delay us somewhat but we get to where we want to go while those who turn back never do.

Here is a story with a worthy message that I like, I hope you will too.

Recently, while hiking in the foothills of South Carolina, I happened upon a small, yet briskly flowing whitewater creek. While relaxing and enjoying the solitude, I sensed a battle for superiority between the highly spirited water and the large boulders resting on the creek bed along the edges of the stream.

At first, the rocks, stubborn, immovable and unyielding seemed to have their way with its adversary. However the water, determined yet forgiving, seemed merely inconvenienced by the presence of the rocks, as it effortlessly changed course re-charting a path towards its original destination.

Soon it became clear that the rocks, although remaining strong and steadfast, were losing this confrontation as the waters’ total indifference began to slowly reform these obstacles into smooth and beautiful polished stones.

You see, there seemed to be total lack of struggle associated with the water's trek. Struggle is like bondage forcing conformity and the water would have none of that. To the contrary, the water seemed perfectly content to move around the rocks when necessary, following some preordained route God had originally intended.

I paused for thought. Maybe people need to be more determined and less steadfast and stubborn. Maybe human beings need to always be open to different points of view, not afraid to readjust their direction as life presents all of its new and unforeseen challenges.

“Failure is a detour, not a dead-end street.”

The decision to hire them was brought on by a recent documentary on how unemployed Liverpool youths were able to remove a set of wheels in less than 6 seconds without proper equipment, whereas Ferrari's existing crew could only do it in 8 seconds with millions of pounds worth of high tech gear.

This was thought to be an excellent, yet bold move, by Ferrari Management. As most races are won and lost in the pits, Ferrari would have an advantage over every team.

However, Ferrari got more than they bargained for at the crew's first practice session, not only were the new Pit Crew able to change the tires in under 6 seconds but within 12 seconds they had re-sprayed, retagged and sold the vehicle over to the MacLaren Team for four bottles of Stella and an old Nike shell-suit.

Rudeness is a weak imitation of strength.

Two very reform Jews from the big city were traveling in Florida where on Shabbos they found an orthodox shul in a small town where they could attend services.

The shul Rebbe, seeing strangers at the entrance, greeted the two strangers and asked where they would like to sit.

If quitters never win, and winners never quit, what fool came up with "Quit while you're ahead".

-- Glow in the dark sunglasses

If it's true that we are here to help others, then what exactly are OTHERS here for?

Heather and Marcy hadn't seen each other in awhile, so they decided to meet for lunch. The talk naturally got around to their respective love lives. Marcy confided that there really wasn't anyone special in her life. Heather, on the other hand, was beaming about the new man she had found. "He's perfect. He's handsome, and last night when we went out to dinner, he said the four little words I've been waiting to hear a man say to me!"

Heather replied, "No, he said 'put your money away'."

My dog saw a sign that said: "Wet Paint” so he did!

Joe's wife likes to sing so she decided to join the church choir. From time to time she would practice while she was in the kitchen preparing dinner. Whenever she would start in on a song, Joe would head outside to the porch.

His wife, with hurt feelings, said, "What's the matter, Joe? Don't you like my singing?"

Joe replied, "Honey, I love your singing, but I just want to make sure the neighbors know I'm not beating you."

Failure should be our teacher, not our undertaker. Failure is delay, not defeat. It is a temporary detour, not a dead end. Failure is something we can avoid only by saying nothing, doing nothing, and being nothing.