I do appreciate you!

Be humble, be big in mind and soul, be kindly; you will like yourself that way and so will other people. 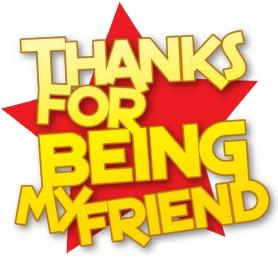 It is another one of those days; I did not get the Daily written before I left for a meeting and a new friend acquisition. When I got back I found a major project underway at home so here we go again another blast from the past.

Many of you are retired; others will be in the not too distant future. I hope each of you finds the great benefits that come from the freedom retirement brings. We no longer have to prove anything to anyone. We don’t have to lead, manage, run faster, jump higher, or keep up with the Joneses. What I like best is that we get to spend time with people, people that we never would have met in our previous life.

I honestly think I get as much, if not more prestige, in my own eyes from cooking pancakes with my friend Nancy at a charity run then I would if I was part of some high visibility project. Each day I am lucky enough spend time with real people in friendly settings. Yesterday I spent time with a friend as we discussed his plans for a possible move to New York; today I will have lunch with a friend who has a wealth of knowledge about the world around us who always gives me great pleasure as we discuss the issues of the day, and tomorrow will be more of the same.

Sure there are medals we could yet win, more plaques and awards that we could shoot for, and more recognition that could be acquired, however I would much rather spend time enjoying the people I meet. When all is said and done the greatest rewards in life comes from the friends who say “thanks, I am so glad I know you.” And that comes from not just stopping to smell the roses, but stopping long enough to get to know someone and seeing all they have to offer. It may be your mailman, a neighbor, waitress, or someone you meet on a plane, each of them is an opportunity to make a new friend. It is so easy, just take a sincere interest in those you meet and let them know you appreciate all they do.

Three keys to more abundant living: caring about others, daring for others, sharing with others.

There was this hunter who was proud of his retriever because the dog could walk on top of the lake water. No one believed it was true, however, so he invited a friend to witness the dog's ability. They get into the hunter's boat and head out on the lake.

As the hunter shot a duck over the lake, the retriever jumped out of the boat, walked over the water, and brought the duck back. The friend observed this, but said nothing.

A little later on, the hunter shoots down a second duck, and just like the first time, the dog jumps out of the boat, walks on top of the water, and brings the duck back to the boat. The friend still doesn't comment.

After he shoots down a third duck and the same performance is repeated by the retriever, the hunter becomes quite annoyed over his friend's sillence. So he asks,

"Didn't you notice anything when I shot down those ducks?"

I went to a fight the other night and a hockey game broke out.

Jane tells us 26 reasons why men have 2 dogs and not 2 wives:

1. The later you are, the more excited your dogs are to see you.

2. Dogs will forgive you for playing with other dogs.

3. If a dog is gorgeous, other dogs don't hate it.

4. Dogs don't notice if you call them by another dog's name.

5. Dogs like it if you leave a lot of things on the floor.

7. Dogs do not hate their bodies.

8. Dogs agree that you have to raise your voice to get your point across.

9. Dogs like to do their snooping outside rather than in your wallet or desk.

13. Dogs find you amusing when you're drunk.

15. Another man will seldom steal your dog.

18.  A dog will let you put a studded collar on it without calling you a pervert.

20. If a dog smells another dog on you, they don't get mad. They just think it's interesting.

21. On a car trip, your dog never insists on running the heater.

23. When your dog gets old, you can have it put to sleep.

25. Dogs are not allowed in Bloomingdale's or Neiman-Marcus.

And, last but not least:

A clean desk is a sign of a cluttered desk drawer.

On a NW Airways flight from Atlanta, GA.  a middle-aged, well-off lady has found herself sitting next to a Jewish man. She called the cabin crew attendant over to complain about her seating.

"What seems to be the problem Madam?" asked the attendant.

"You've sat me next to a Jew!! I can't possibly sit next to this disgusting human. Find me another seat!"

"Please calm down Madam." the stewardess replied. "The flight is very full today, but I'll tell you what I'll do. I'll go and check to see if we have any seats available in club or first class."

The woman shoots a snooty look at the snubbed Jewish man beside her (not to mention many of the surrounding passengers).

A few minutes later the stewardess returns with the good news, which she delivers to the lady, who cannot help but look at the people around her with a smug and self satisfied grin.

"Madam, unfortunately, as I suspected, economy is full. I've spoken to the cabin services director, and club is also full. However, we do have one seat in first class."

Before the lady has a chance to answer, the stewardess continues..."It is most extraordinary to make this kind of upgrade, however, and I have had to get special permission from the captain. But, given the circumstances, the captain felt that it was outrageous that someone should be forced to sit next to such an obnoxious person."

With which, she turned to the Jewish man sitting next to her, and said: "So if you'd like to get your things, sir, I have your seat ready for you..."

At this point, the surrounding passengers stood and gave a standing ovation while the Jewish man walks up to the front of the plane.

Past the beggar and the suffering walked he who asks,

"Why, oh god, do you not do something for these people?

To which god replied, "I did do something, I made you."