I am so glad I know you

If a man does not make new acquaintances as he advances through life, he will soon find himself alone.  A man should keep his friendships in constant repair. 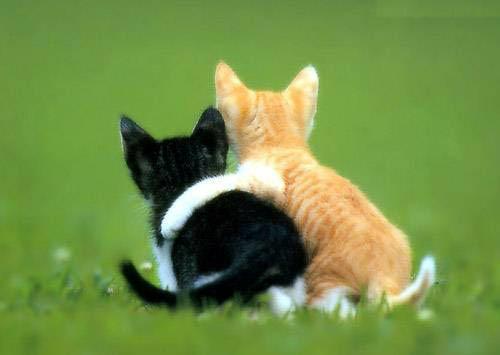 One of the advantages that you have when you get be as old as I am is that you have learned a lot about aging. I have noticed that we all age at a different rate, but we all do age. I also realize that more often than not our body and mind don’t age at the same rate. On top of all of that time continues to march on and things are constantly changing all around us. The pace of life can take us to where we find we don’t want to be and new technology often complicates our lives more than it simplifies it.

But in spite of all of that we have the capacity to deal with the process, with one proviso and that is that we adapt to our changing reality. What often takes us down is the lonesomeness that comes from losing the friends we had in the work place, the empty places that are created when friends and family move on and if we are not careful we find ourselves surrounded my empty space with no place to go and no one to go with. And you do not have be in your golden years for it to happen. It can happen when we move to a new place, return from college, the service or a long term assignment.

The good news is that it does not have to be that way; we do have the ability to adapt to the changes by making sure we continue you to cultivate new friendships. The desocialization that often accompanies the aging process is something that happens because we let it happen when we give up on ourselves. I told a new friend the other day that I was so glad to meet her since my hobby is collecting new friends and to tell the truth I do have a wonderful collection.

Fortunately I learned long ago that I need people, people like you, but I also learned I could not find them by waiting for them to find me. I realized that I really am capable of liking most folks and that almost everyone is interesting and worthy. This realization made it is easy to take an interest in them without requiring that they take an interest in me. The great news is that when we look below the surface we find that we all have much in common and we find we have much we can share.

You may have heard me say in the past that “this is as good as I get, take me or leave me, it is up to you,” and I like that fine for we are different and I want for us to be friends because we chose to be because we like each other. It is perfectly OK and fact probably good that we don’t demand or require everyone to be our friend for acquaintances also have value and add depth to life as well. But life will never be as good as it might be if we don’t continue to prospect for the great jewels that are everywhere to be found – new and valued friends.

Bottom line: If you want to have a friend − be a friend.

An old Jewish man reads about Einstein's theory of relativity in the newspaper and asks his scientist grandson to explain it to him.

"Well, zayda, it's sort of like this.  Einstein says that if you're having your teeth drilled without Novocain, a minute seems like an hour.  But if you're sitting with a beautiful woman on your lap, an hour seems like a minute."

The old man considers this profound bit of thinking for a moment and says, "And from this he makes a living?"

A friend knows the song in my heart and sings it to me when my memory fails.

This guy was sitting in his attorney's office. "Do you want the bad news first or the terrible news?" the lawyer said.

"Give me the bad news first."

"Your wife found a picture worth a half-million dollars."

"That's the bad news?" asked the man incredulously. "I can't wait to hear the terrible news."

"The terrible news is that it's of you and your secretary."

"He knows so little and knows it so fluently."

Morris had died. His lawyer is standing before the family and reads out Morris' Last Will and Testament.

"To my dear wife Esther, I leave the house, 150 acres of land, and 1 million dollars.

To my son Barry, I leave my Big Lexus and the new Jaguar.

And to my brother-in-law Aaron, who always insisted that health is better than wealth, I leave my treadmill."

"Imagination is the one weapon in the war against reality." Jules de Gaultier

A teacher was asking her class: "What is the difference between 'unlawful' and 'illegal'?" Only one hand shot up.

"'Unlawful' is when you do something the law doesn't allow and 'illegal' is a sick eagle."

Linda was driving her old beat up car on the Highway with her 7 year old son. She tried to keep up with traffic but they were flying by her.

After getting caught in a large group of cars flying down the road, she looked at her speedometer to see she was doing 15 miles over the speed limit. Slowing down, she moved over to the side and got out of the clump that soon left her behind.

Linda looked up and saw the flashing lights of a police car. She waited for the officer to come up to her car. As he did he said, "Ma'am do you know why I pulled you over?"

Her son piped up from the back seat, "I do... because you couldn't catch the other cars!"

My wife is a person who is never outspoken.

A man was annoyed when his wife told him that a car had backed into her, damaging a fender, and that she hadn't gotten the license number.  "What kind of car was he driving?" the husband asked. "I don't know," she said. "I never can tell one car from another." At that, the man decided the time had come for a learning course, and so for the next few days, whenever they were driving, he made her name each car they passed until he was satisfied that she could recognize every make. It worked.  About a week later she bounded in with a pleased expression on her face.

"Darling," she said with obvious pride, "I just hit a brand new Buick!"

In everyone's life, at some time, our inner fire goes out.  It is then burst into flame by an encounter with another human being.  We should all be thankful for those people who rekindle the inner spirit.