I am in shock!

“A positive attitude may not solve all your problems, but it will annoy enough people to make it worth the effort.” 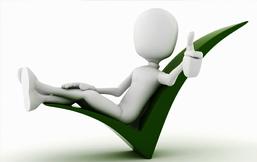 Surprise! I upgraded to Windows 10 and so far have survived. I still am up to my ears in intellectual challenges as I try to understand all the options I have. But at least it l looks like I will be able to send you the Daily. You did get this didn’t you?

I am amazed, I am not sure if this is working as well as it seems to be or if I am just imagining it. After working with computers for more than fifty years I know that this can’t happen, it is never that easy and the one thing you can bank on is that it won’t work the first time.

Well enough of that I am going to send this before I wake up. Just in case I am awake here are some quotes to help look on the bright side.

Here are some quotes to help you smash negative thinking

If you don’t get this Daily it means I am asleep dreaming, sorry.

A man is strolling past the mental hospital and suddenly remembers an important meeting. nfortunately, his watch has stopped, and he cannot tell if he is late or not. Then, he notices a patient similarly strolling about within the hospital fence.

Calling out to the patient, the man says, "Pardon me, sir, but do you have the time?"

The patient calls back, "One moment!" and throws himself upon the ground, pulling out a short stick as he does. He pushes the stick into the ground, and, pulling out a carpenter's level, assures himself that the stick is vertical. With a compass, the patient locates north and with a steel ruler, measures the precise length of the shadow cast by the stick. Withdrawing a slide rule from his pocket, the patient calculates rapidly, then swiftly packs up all his tools and turns back to the pedestrian, saying, "It is now precisely 3:29 pm, provided today is August 16th, which I believe it is."

The man can't help but be impressed by this demonstration, and sets his watch accordingly. Before he leaves, he says to the patient, "That was really quite remarkable, but tell me, what do you do on a cloudy day, or at night, when the stick casts no shadow?"

The patient holds up his wrist and says, "I suppose I'd just look at my watch."

An Indian walks into a cafe with a shotgun in one hand and leading a bull in the other. He says to the waiter, "Me want coffee."

The waiter says, "Sure chief, coming right up." He gets the Indian a tall mug of coffee, and the Indian drinks it down in one gulp, grabs the bull, blasts it with the shotgun, then walks out.

Four days later the Indian returns. He has his shotgun in one hand And leading another bull in the other. He walks up to the counter and says to the waiter, "Me want coffee."

The waiter says, "Whoa, Tonto, we're still cleaning up from the last time you were in here. What the heck was all that about, anyway?"

The Indian says, "Me in training for Executive Management job. Drink coffee, shoot the bull, and disappear for a few days."

Penny, a good Assessment nurse was awakened at 4 a.m. to make a house call. She reluctantly got dressed and braved a snowstorm.  After the examination, she told the patient to send immediately for his lawyer and relatives and friends and make a will.

When she got home and told her husband of what she had seen and done. Her husband asked, "Was the Patient that bad?"

Penny said, "No, I just didn't want to be the only sucker called out on a night like this."

All of us could take a lesson from the weather. It pays no attention to criticism.

I know I sent this before, but it bears repeating.

A lady goes to the bar on a cruise ship and orders a Scotch with two drops of water. The bartender gives her the drink, and she says, "I'm on this cruise to celebrate my 80th birthday and it's today."

The bartender says, "Well, since it's your birthday, this one is on me."

As the woman finishes her drink, the woman to her right says, "I would like to buy you a drink, too."

The woman says, "Thank you.

Bartender, I want a Scotch with two drops of water."

"Coming up," says the bartender. As she finishes that drink, the man to her left says, "I would like to buy you a drink too."

The woman says, "Thank you. Bartender, I want another Scotch with two drops of water."

"Coming right up," the bartender says. As he gives her the drink this time, he says, "Ma'am, I'm dying of curiosity. Why the Scotch with only two drops of water?"

The old woman replies, "Sonny, when you're my age, you've learned how to hold your liquor. Water, however, is a whole other issue!"

Couples who have lived together a long time have their own way of communicating.  A woman overheard her aunt and uncle one day:

"What are you looking for in that closet?" she asked.

Choosing to be positive and having a graceful positive attitude is going to determine how you are going to live your life.