I am back for a few days 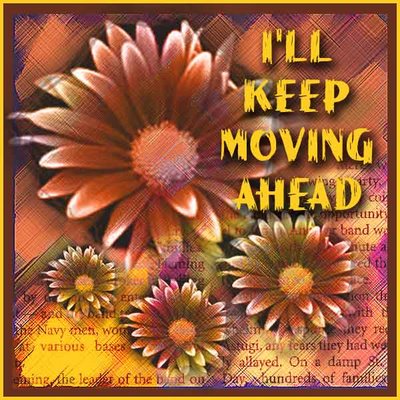 Treasure the love you receive above all. It will survive long after your gold and good health have vanished.


I had my Nuclear Stress Test as scheduled yesterday and the results were inconclusive so we move on to the next step which is one of my least favorite things, a Cardiac Catheter exam of the inside of my heart and its tributaries. It is scheduled for next Tuesday since it takes a few days to clear out my blood thinners and to transition me to my self administered $100 a piece Lovenox shots. I have done it before and the shots are painless but the cost of having to do 11 or so is not, since there is no insurance coverage for members of the proverbial doughnut hole gang. For those of you outside of the US that means that my pharmaceutical insurance has maxed out and it will cost me $1000 or more for the shots.

I hope that everyone is grateful that I am providing so much economic stimulus to the health industry. Once I get past the heart stuff I’ll move on to the colon stuff, the blood stuff, the brain stuff and the kidney stone stuff. But as always life goes on and at least I can rationalize my reduced activity as being because of Doctor’s orders. Fortunately my reduced time with friends and colleagues is off set by the friends I’ll make in the medical social world.

So it is smile and move on being ever grateful that I have Medicare and supplemental insurance for if I did not, as so many in our country do not, I would have been bankrupt long ago with the golden years changed to the poverty years. I wish everyone was as fortunate as I am for every time they patch me up my life moves on a little better than it was before. I have found that the secret is to ignore the past, survive the present and then move on with a smile knowing that the future is yours.

Ralph Marston wrote about moving on years ago, here is what he said:

When the disappointments come, when you've been knocked down and tossed around, get back up and move on ahead. After all, you've paid a heavy price to get this far, so the best option is to really make it count by moving forward from where you are.

When everything has happily gone your way, and you're sitting on top of the world, get back up and move on ahead. Make your accomplishments truly count by putting them to positive, productive use.

Whatever comes your way, whether good or bad, whether joyous or disappointing, get back up and move on ahead. It is always the best response. Feeling sorry for yourself after a setback will only serve to extend and magnify the disappointment. Feeling smug and arrogant after a victory will drain the value out of what you have just accomplished.

Whatever has happened, don't spend too long looking backward. Look forward, step positively, confidently forward, and move on ahead.

While we may not be able to control all that happens to us, we can control what happens inside us.

Since we opened with a medical report I thought you might enjoy these excerpts from patient’s charts.

Patient was seen in consultation by Dr. Smith, who felt we should sit on the abdomen and I agree.

By the time he was admitted, his rapid heart had stopped, and he was feeling better.

Patient has chest pain if she lies on her left side for over a year.

On the second day the knee was better and on the third day it had completely disappeared.

The patient has been depressed ever since she began seeing me in 1983.

"A great answer is what you think of later."

A man once asked his Rabbi to Explain the meaning of "Talmudic Reasoning."

The Rabbi replied: "Well, it's not too easy to explain, but I think I can demonstrate it to you and you will get the point. I will ask you a simple question and you give the answer. Are you ready?"

The man was ready, so the Rabbi continued: "Imagine that two men come out of a chimney, one is dirty, the other clean. Which one takes a bath?" The intrigued listener immediately replied: "That's easy, Rabbi. The dirty one takes the bath."

A knowing look, complete with broad smile, flashed onto the man's face. The Rabbi continued, "Now tell me which one takes the bath?" The answer was quick and sure. "Now I get it Rabbi, the clean one takes the bath!"

The Rabbi looked just a bit unhappy, but he answered patiently, "No. You see, the Talmud would go on to ask: 'How could two men come out of a chimney and one be clean and the other dirty?"

"A sobering thought: What if, right at this very moment, I am living up to my full potential?"

One afternoon, a woman was in her back yard hanging the laundry when an old, tired-looking dog wandered into the yard. The woman could tell from the dog's collar and well-fed belly that he had a home. But when she walked into the house, the dog followed her, sauntered down the hall and fell asleep in a corner. An hour later, he went to the door, and the woman let him out.

The next day the dog was back. He resumed his position in the hallway and slept for an hour. This continued for several weeks. Curious, the woman pinned a note to his collar: "Every afternoon, your dog comes to my house for a nap."

The next day he arrived with a different note pinned to his collar: "We have ten children. He's trying to catch up on his sleep.

"Any married man should forget his mistakes. There's no point in two people remembering the same thing..."

"When parents talk about the depression of the empty nest, they're not mourning the passing of all those wet towels on the floor, or the music that numbs your teeth, or even the bottle of capless shampoo dribbling down the shower drain. They're upset because they have gone from supervisor of a child's life to spectator. It's like being the vice-president of the United States."

I may not be able to buy happiness, but I still want the money.

A husband and wife were driving down a country lane on their way to visit some friends. They came to a muddy patch in the road and the car became bogged. After a few minutes of trying to get the car out by themselves, they saw a young farmer coming down the lane, driving some oxen before him. He stopped when he saw the couple in trouble and offered to pull the car out of the mud for $50. The husband accepted and minutes later the car was free.

The farmer turned to the husband and said, "You know, you're the tenth car I've helped out of the mud today."

The husband looked around at the fields incredulously and asked the farmer, "When do you have time to plow your land? At night?"

"No," the young farmer replied seriously, "Night is when I put the water in the hole."

It has the hands to help others. It has the feet to hasten to the poor and needy.

It has eyes to see misery and want. It has the ears to hear the sighs and sorrows of men.