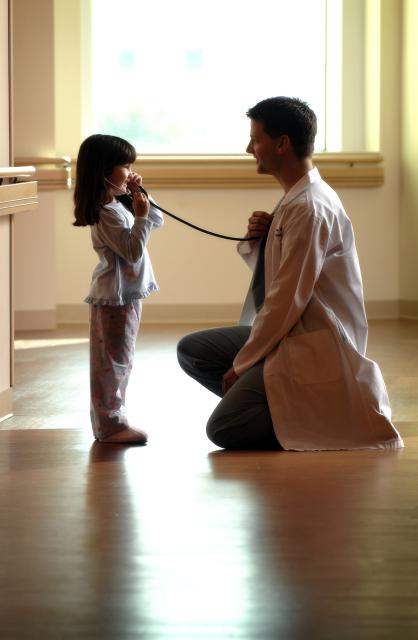 Kids: they dance before they learn there is anything that isn't music.


Ok here’s the deal, it is almost 3 PM and I just got home from a series of meetings that has had me going since 6:30 this morning, so in the interest of sending you something coherent I am again pulling from the files.

There will be no Daily Friday since I will be spending most of the day at the hospital getting speared as part of another colonoscopy; they did not get everything the last time in so we going in again. Tomorrow is that great weight reduction pre-op fast and purge program, the great thing about having that day before colonoscopy procedure is that it makes everything else that happens in life seem so much better.

As you know yesterday was a full day for me with many things to do with little rest. Fortunately everything seemed to go well. I made some new friends in the morning, learned something at a lecture and lunched with a pal.

But the days highlight was the hour I spent with three heroes. I had been selected to participate in a video taping that will be edited for use during the Children’s Miracle Network’s national telethon next June. As you may know the Network is made up of the leading children’s hospitals in America. Besides our on camera interviews we also spent time with three kids who are being treated for various serious diseases. What they are going through would take most of us down. Not these kids, they smiled, talked, and charmed us all. We forget that video was being shot as we spent time together; these kids were interesting, personable and had more strength that many of us have ever had. I returned home feeling good about the fact I was lucky enough to have been chosen to be one of those representing the Kiwanis members around the world who have dedicated themselves to service to children. It provided me the opportunity to again be awestruck by the power of the human spirit.

Courage is the capacity to conduct oneself with restraint in times of prosperity and with courage and tenacity when things do not go well.

Boy is this true or what?

The Ranks of a Hospital

Is more productive than a train

Is faster than a speeding bullet

Is more powerful than a switch engine

Is faster than a speeding BB

Walks on water if the sea is calm

Talks with God if special request is approved

Leaps short buildings with a running start and favorable winds

Is almost as powerful as a switch engine

Can fire a speeding bullet

Walks on water in an indoor swimming pool

Is occasionally addressed by God

Resident: (except for my friend Annie)

Loses tug-of-war with a train

Can sometimes handle a gun without inflicting self-injury

Is run over by a train

Is not issued ammunition

Recognizes a train 2 out of 3 times

Wets himself with a water pistol

Lifts buildings and walks under them

Kicks trains off the track

Catches speeding bullets with her teeth and eats them

Freezes water with a single glance

She said: Men are like a fine wine. They all start out like grapes, and it's our job to stomp on them and keep them in the dark until they mature into something you'd like to have dinner with.

Jack, a smart businessman, talks to his son

Jack: I want you to marry a girl of my choice

Son: "I will choose my own bride".

Jack: "But the girl is Bill Gates's daughter."

Jack: "I have a husband for your daughter."

Bill Gates: "But my daughter is too young to marry."

Jack: "But this young man is a vice-president of the World Bank." Bill Gates : "Ah, in that case..."

Finally Jack goes to see the president of the World Bank.

Jack: "I have a young man to be recommended as a vice-president."

President: "But I already have more vice-presidents than I need."

Jack: "But this young man is Bill Gates's son-in-law."

This is how business is done!!

Because so many people have heart attacks, the big, high-class casinos are now equipped with sophisticated defibrillators. They are computer-controlled to deliver the precise level of electric shock needed to revive a heart attack victim. That is, if you're at a high-class casino.

At the cheaper casinos downtown, they just drag you across the carpet and touch your finger to the doorknob.

To love is to stop comparing.

In a stationery store, I quickly picked out a card for my wife for our anniversary. The clerk was surprised by how little time it took me, and she began relating a story about another customer who spent a half-hour searching for the right anniversary greeting.

Noticing the man lingering over one card after another, the clerk went to see if she could help. "Is there a problem?" she asked.

"Yes, there is," he replied ruefully. "I can't find one my wife will believe."

My wife keeps complaining I never listen to her ...or something like that.

An Outsider in a small Alabama town around Christmas time, saw a "Nativity Scene" that showed great skill and talent had gone into creating it. But one small feature was all wrong: the three wise men were wearing firemen's helmets. Totally unable to come up with a reason or explanation, he left. At a "Quik Stop" on the edge of town, he asked the lady behind the counter about the helmets.

She exploded into a rage, yelling, "You darn Yankees never read your Bibles!"

The Outsider assured her that he did, but simply couldn't recall anything about firemen in the Bible. She jerked her Bible from behind the counter and rifled through some pages, and finally jabbed her finger at a passage.

Sticking it in the guys face she said, "See, it says right here, 'The three wise men came from afar.'"

EARTH FIRST! We'll strip mine the other planets later.

People are like stained-glass windows. They sparkle and shine when the sun is out, but when the darkness sets in, their true beauty is revealed only if there is a light from within.