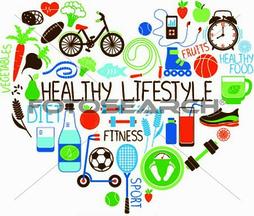 I spent seven hours at the hospital Friday getting multiple cardiac tests. The good news was that there is not any need for surgery. The docs did tell me that I should lose more weight and lengthen my workout time. I had hoped for some magic to restore my energy but so far it will require me to make further lifestyle changes. I will be meeting with another of my heart docs in a few weeks, Fridays doc was an electrophysiologist (electrician) at my next appointment I will be checked out by my cardiologist (plumber) and see what she wants me to do.

So I get to get on with my life enjoying most of it while having fun with some of you. In that spirit I want to send you something that I picked up that I like.

A Creed To Live By

Two paramedics were dispatched to check on a 92-year-old man who had become disoriented.  They decided to take him to the hospital for evaluation. En route, with siren going, they questioned the man to determine his level of awareness.  Leaning close, one asked, "Sir, do you know what we're doing right now?"

What's the difference between new and brand new?

After spending all day Sunday watching football on television, a man fell asleep and spent the night in the chair. His wife woke him in the morning.

"It's twenty to seven," she called.

Be kind, for everyone you meet is fighting a hard battle.

Residents of a local nursing home loved our karate school's demonstration. We could tell because they gave us a big hand at the end of the demonstration.

After the applause died down, everyone remained seated, so we showed off a few more moves. When our encore ended and again, no one budged, we launched into our second encore.

"I didn't expect karate to be so popular here," I whispered to one of the residents, after the second encore.

"It's not," she said with a kindly smile. "We're waiting for you to leave so we can get on with our bingo game."

Where do they send Siberian criminals?

She said: As the bus pulled away, I realized I had left my purse under the seat. Later I called the company and was relieved that the driver had found my bag. When I went to pick it up, several off-duty bus drivers surrounded me. One man handed me my pocketbook, two typewritten pages and a box containing the contents of my purse.

"We're required to inventory lost wallets and purses," he explained. "I think you'll find everything there."

As I started to put my belongings back into the pocketbook, the man continued, "I hope you don't mind if we watch.  Even though we all tried, none of us could fit everything into your purse.  And we'd like to see just HOW you do it."

If we are what we eat, I’m cheap, fast and easy.

One night at an economy motel, I ordered a 6 a.m. wake-up call. The next morning, I awoke before 6, but the phone did not ring until 6:30.

"Good morning," a young man said, sheepishly. "This is your wake-up call."

Annoyed, I let the hotel worker have it. "You were supposed to call me at 6 AM!....", I complained, "What if I had a million- dollar deal to close this morning, and your oversight made me miss out on it?"

"Well, sir," the desk clerk quickly replied, "If you had a million-dollar deal to close, you probably wouldn't be staying in this motel!"

A perfect summer day is when the sun is shining, the breeze is blowing, the birds are singing, and..... the lawn mower is broken!

At one point during a game, the coach said to one of his young players, "Do you understand what cooperation is? What a team is?"

The little boy nodded in the affirmative.

"Do you understand that what matters is whether we win together as a team?"

"So," the coach continued, "when a strike is called or you're out at first, you don't argue or curse or attack the umpire. Do you understand all that?"

"Now go over there and explain it to your mother."

“If you don’t make the time to work on creating the life you want, you’re eventually going to be forced to spend a LOT of time dealing with a life you DON’T want.”