Hannibal had it right

“We will either find a way, or make one.” 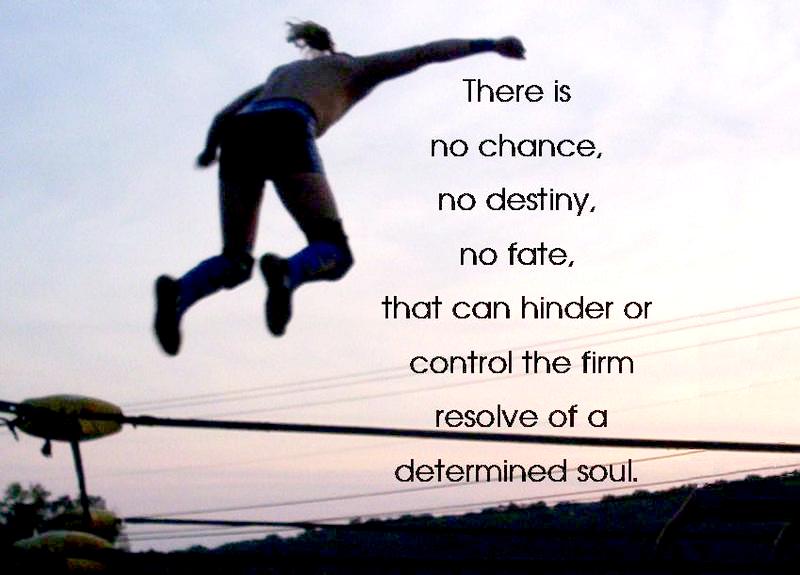 Yesterday I suggested that we should not let externally imposed barriers keep us from moving ahead with our lives. When we encounter them we just have to find a way around them, through them or over them. If we stop or pause too long we stand a chance of lingering so long in the doldrums that it becomes too easy to give up and that just assures an uninteresting and dull life ahead.

The tough part is that sometimes the barriers seem to be insurmountable and we lose confidence in our ability find an alternative path. One thing I know is giving up is not the answer; I have found that combining determination with perseverance almost always works. Sometimes it takes time and energy but the process is certainly better than sitting down with woeful regret.

I do however believe in an occasional rest stop to relax and recharge. In my case it may be dropping out for a few hours at a movie matinée, doing some uninterrupted recreational reading, taking a short trip or in some other pursuit with the only rules being that my problem is set aside for a bit. I have found over the years that these brief step-back periods put my problems into better perspective and upon my return the barriers almost always seem less imposing. When I do restart the journey I often find the detour better than the original journey would have been.

Our old friend Ralph Marston is a strong believer in the value of determination, here is what he had to say about it some time ago.

More determined than ever

Let your high expectations push you forward. But don't let them create disappointments that hold you back. It's great when you expect the best. But it's important to keep in mind that you won't get all the way there immediately, on the first attempt.

When you're disappointed by the results, that's no reason to give up your high expectations. On the contrary, it's a good time to recommit yourself to those high expectations and perhaps to even raise them a bit. Instead of being discouraged by less than spectacular results, be encouraged by the fact that you're aiming so high. Double down on your expectations by becoming more determined than ever. You won't instantly achieve what you set out to achieve. The fact that it will take a while to reach makes your goal all the more valuable.

Expect the best and if you fail to get it, continue to expect the best. Eventually you'll reach the goal, and it will be well worth all your positive persistence.

“The person who really wants to do something finds a way; the other finds an excuse.”

A man having lunch at a Chinese restaurant noticed that the table had been set with forks, not chopsticks. He asked why. The waiter said "Chopsticks are provided only on request." "But," the man countered, "if you gave your patrons chopsticks, you wouldn't have to pay someone to wash all the forks." "True," the waiter shot back, "but we would have to hire three more people to clean up the mess."

"Economy" today means a large container of detergent or a small car.

She said about having and raising kids that:

* If it was going to be easy, it never would have started with something called labor!

* Shouting to make your children obey is like using the horn to steer your car, and you get about the same results.

* To be in your children's memories tomorrow, you have to be in their lives today.

* The smartest advice on raising children is to enjoy them while they are still on your side.

* The best way to keep kids at home is to give it a loving atmosphere ~ and hide the keys to the car.

* The right temperature in a home is maintained by warm hearts, not by hot heads.

* The joy of motherhood: What a woman experiences when all the children are finally in bed.

* Life's golden age is when the kids are too old to need baby-sitters and too young to borrow the family car.

* There are three ways to get something done: Do it yourself, hire someone to do it, or forbid your children to do it.

* Adolescence is the age when children try to bring up their parents.

* Oh, to be only half as wonderful as my child thought I was when he was small, and half as stupid as my teenager now thinks I am.

* An alarm clock is a device for awakening people who don't have small children.

A bore is a person who talks so much about himself that you don't get a chance to talk about yourself.

A millionaire informs his attorney, "I want a stipulation in my Will that my wife is to inherit everything, but only if she remarries within six months of my death."

"Why such an odd stipulation?" asks the attorney.

Who coined the phrase "to coin a phrase"?

Friends took their first-grader on a car trip to Canada.  To help pass the time, the boy practiced his reading skills by calling out road signs.

He fell asleep just before they entered Quebec.

When he awoke, he saw the French highway signs and said, in a worried tone, "I think I forgot how to read while I was asleep."

Trust yourself. Create the kind of self that you will be happy to live with all your life. Make the most of yourself by fanning the tiny, inner sparks of possibility into flames of achievement.

"I'm not saying that the customer service in my bank is bad, but I went in the other day and asked the clerk to check my balance. She leaned over and pushed me!"

A man is recovering from surgery when a nurse asks him how he is feeling.

"I'm O.K. but I didn't like the four-letter-word the doctor used in surgery," he answered.

"What did he say," asked the nurse.

Nothing in this world can take the place of persistence. Talent will not; nothing is more common than unsuccessful people with talent. Genius will not; unrewarded genius is almost a proverb. Education will not; the world is full of educated failures. Persistence and determination alone are omnipotent.