Can you say yes?

Failures are finger posts on the road to achievement. 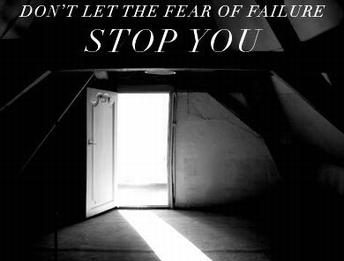 I have been in conversation with a few different friends lately who seem to be reluctant to make any life or career changes because of their fear of what might be the results. Over the years I have found that always taking what appears to be the safest pass can lead you to a place that is almost impossible to get away from. I truly believe that the fear of failure is often a major factor in why people end up failing. I find it difficult sometimes to understand those who are not happy in their jobs or with what is going on in their lives and yet they just accept where they are as if fate gives them no choice.

Over the years and during many of my careers I often was unsure of my ability to handle what was offered but fortunately I most always accepted the challenge. I am glad that I have always found it easier to say yes and then move forward rather than saying no and ending up being stuck where I was.

Not long ago I was sent an piece by Liisa Kyle that I feel has merit. I hope those who would like something different in their careers or lives would consider her advice. While some may think it only applies to those who have marketable creative skills I would remind them that life itself is a creative exercise. Here are excerpts from her article.

Fear of failure. The words pierce the heart of any creative person. Everyone with talents has experienced doubt and self-doubt. Whether it takes the form of anxiety about the quality of your work -- or terror at the state of your career, fear of failure comes in different flavors and burbles up at different points in the creative process. It can interfere with your creativity, block your progress and instigate creative paralysis.

Whatever nasty little voices are interfering with your creativity or clouding your perceptions of your career, it's important to do whatever you can to silence them. This gets easier with practice...but even seasoned, successful artists harbor doubt, self-doubt and creative paralysis from time to time. So how to overcome them?

1. Ignore them. Pretend you can't hear these doubt-filled inner voices and carry on. 'Act as if' you were full of confidence in your work.

2. Understand what's really going on. Realize these messages are meant to protect you, not hurt you. Your psyche is a worry-wart and, left to its own devises, it expresses angst on your behalf. So don't let it run rampant. When you hear doubts in your head, realize "Oh, there goes my brain, trying to save me heart-ache. Thanks, but no thanks, Brain. I really want to do this and you're not helping." Dig deeper. Whose voice is it really in your head? A parent or other relative trying to 'spare' you being 'a starving artist'? A romantic partner jealous of your gifts? A frenemy who confided that you'd never amount to anything? Your fourth grade teacher who never really cared for your vocal stylings? Sometimes it's helpful to realize that something that happened years ago is affecting you in the present.

3. Dispute the message. Regardless of the intentions of people in your past -- or your own protective psyche -- these doubt-inducing messages are not true -- they are simply unhelpful beliefs. What evidence do you have to support these horrible statements? What evidence to you have to refute them? ("You know what, come to think of it, Mrs. Crabgrass wasn't exactly a musical genius, so who was she to say my singing sucked?")

4. Suspend judgment and keep going. Be like Scarlet O'Hara and vow to 'think about it tomorrow', while you take action today. Realize that you can't create and evaluate at the same time. No writer or visual artist or dancer or sculptor can accurately assess the quality of their work at the moment they create it. You must suspend judgment while you are creating. Delay or defer your assessment of the work. Tell yourself, 'Hoo boy does this seem like a stinker but I'm going to keep going anyway."

Our doubts are traitors, and make us lose the good we oft might win, by fearing to attempt.

While on maternity leave, a woman from our office brought in her new bundle of joy. She also had her seven-year- old son with her. Everyone gathered around the baby, and the little boy asked, "Mommy, can I have some money to buy a soda?"

Respectfully, the boy replied, "You're thin and beautiful."

The woman reached in her purse and gave her son the money.

Age does not make us childish, as some say; it finds us true children.

Three people were trying to get into heaven. Peter asked the first, "Who's there?" "It's me, Albert Jones," the voice replied. St. Peter let him in.

Then St. Peter asked the second one the second same question, "Who's there?" "It's me, Charlie Jones." And St. Peter let him in.

Finally he turns to the third, asking the same question, "Who's there?" "It is I, Verla Chapman," answered the third. "Oh, great," muttered St. Peter. "Another one of those English teachers."

A competitive world has two possibilities for you. You can lose. Or, if you want to win, you can change. Lester C. Thurow

A couple just started their Lamaze class and they were given an activity requiring the husband to wear a bag of sand - to give him an idea of what it feels like to be pregnant.

The husband stood up and shrugged, saying, "This doesn't feel so bad."

The Lamaze teacher then dropped a pen and asked the husband to pick it up.

"You want me to pick up the pen as if I were pregnant, the way my wife would do it?" the husband asked.

To the delight of the other husbands, he turned to his wife and said, "Honey, pick up that pen for me."

"When I turned two I was really anxious, because I'd doubled my age in a year. I thought, if this keeps up, by the time I'm six I'll be ninety."

A man was having trouble getting his neighbor to keep his chickens fenced in. The neighbor kept talking about chickens being great creatures, and as such they had the right to go where they wanted. The man was having no luck keeping the chickens out of his flowerbeds, and he had tried everything. Two weeks later, on a visit a friend noticed his flowerbeds were doing great. The flowers were beginning to bloom.

So the friend asked him --- "How did you make your neighbor keep his hens in his own yard?"

"One night I hid half a dozen eggs under a bush by my flower bed, and the next day I let my neighbor see me gather them. I wasn't bothered after that."

Far better is it to dare mighty things, to win glorious triumphs, even though checkered by failure... than to rank with those poor spirits who neither enjoy nor suffer much, because they live in a gray twilight that knows not victory nor defeat.