I appreciate your friendship

Friendship is born at that moment when one person says to another: ‘What! You too? I thought I was the only one. 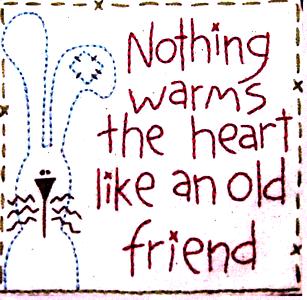 The other day I learned that an another old friend had passed away. I am at the…

If you spend your whole life waiting for the storm, you'll never enjoy the sunshine. The last week or so has been a real challenge for many of us in Central Indiana, as we were hit with a series of torrential rain…

Run your own race

Find the seed at the bottom of your heart and bring forth a flower.

If you want to be happy, be.

For a number of reasons I was thinking about my children, grandchildren and my great-grandson and ended up again realizing…

Take care of yourself

When things go wrong, don’t go with them.

Sorry about sleeping in yesterday. I have been pretty…

Hi everyone. Ray is sleeping in this morning so he asked me to send you one of his Dailys from the archive.

It's just not worth it

“Worry does not empty tomorrow of its sorrow, it empties today of its strength.”

I hope you had a good weekend. Mine was uneventful I spent most of it fighting off respiratory problems. I am at the age where life is lived one day at a time so…

"For every minute you remain angry, you give up sixty seconds of peace of mind."

A positive attitude causes a chain reaction of positive thoughts, events and outcomes. It is a catalyst and it sparks extraordinary results.

I am off to a Kiwanis meeting this morning where…

I still enjoy it all

Looking back at my life's voyage, I can only say that it has been a golden trip. 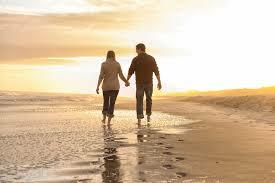 As my wife and I reminisced yesterday we had a lot of years to cover. We have piled up a lot of memories in our more than sixty years…

It is a special day

It is a big day today, it is my wife’s birthday. We will be dining with family tonight and will be joined our favorite grandnephew who flew in from North Carolina just to be with… 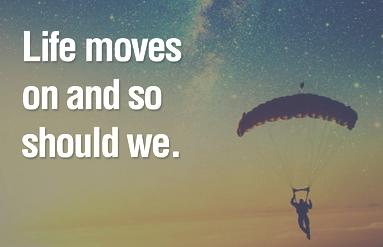 I had lunch with a respected good friend the other day. We don’t get together often so when we do we… 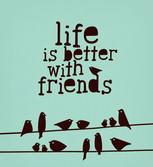 One of the things that enrich my golden years is the interesting people I know, people like you. Earlier…

Do you realize how good it is?

“Acknowledging the good that you already have in your life is the foundation for all abundance.” The best vision is insight.

I have the highest regard for folks who have highly developed insight, you know the people who often see things we…

When you get the choice to sit it out or dance, I hope you dance.

If you are like most of us you sometimes let things bother you to the point they get you down. I know I have had many occasions when the blahs were…

The only way to have a friend is to be one

You probably know somebody who is not that happy with their life. I know I do. It is not so much…

"A memory is a photograph taken by the heart to make a special moment last forever."

I think that one of the things I am most grateful for is the great memories that folks have left with me. Even to this day I find…

Be yourself. You're okay. And it really doesn't matter what other people think. 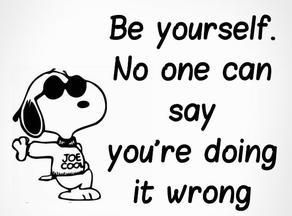 Yesterday I shared with a few of my Kiwanis friends that I felt guilty about not being as active as I have been in the past. A few…

“Happiness depends upon ourselves.”

Every once in a while I have a day that sparkles and yesterday was one of those. The highlight was an infusion of humor, warmth and…